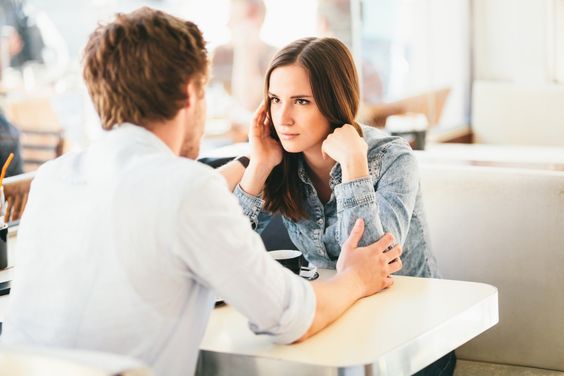 We have all been there. Maybe you’re out at a bar, at a restaurant, or even just flicking through messages on Tinder. Someone taps you on the shoulder or pops up in your message inbox, and asks for something: to buy you a drink, to have a dance, to get your number, to chat. Sometimes it’s welcome, but other times you just want to hang with your friends – or you simply aren’t that interested.

The same goes for the beginning of a relationship, or when you are only a few dates in with a new person. You’ve gone on the second or third date, and perhaps you’re even tentatively in a relationship – but you’ve realised you’re just not that into them, or the spark that you’re looking for isn’t present. It’s time to let them know that you don’t want to take it any further: but how?

That’s right! Make sure you approach the person – whether you’ve just met, or are familiar – with the respect that you would like to be treated with. Try not to be rude or dismissive, and take their feelings into consideration. Be gentle, and think about how you word your response. It’s also important to have respect for yourself in this situation, and remember that you have absolutely no obligation to go out with or continue to date someone that you know isn’t right for you, or isn’t what you’re looking for right now.

Don’t be a ghost

Ghosting definitely does not fall under the banner of a respectful break up or knock back! It’s an incredibly easy option, and let’s face it, most people have done it at some point in their dating lives – but it isn’t a kind way to let someone down. Ghosting generally means that you date someone for a short while, and then suddenly stop responding to their messages and ignore their calls rather than taking on the job of letting them know you aren’t interested. But take it from us, it’s much kinder and will make you feel better to simply let them down politely.

We know, in some situations being friends just won’t work. But in others, why not ask the person if they want to just hang out as friends? Be respectful, explain that you either aren’t looking for a relationship, or that you don’t think you’re right for each other. But, if you enjoy their company, why not at least put it to them that you could remain friends? As long as that boundary is set when it comes to romantic intentions and they are comfortable with staying friends, there shouldn’t be an issue.

At the stage where you’ve told more people than not that you aren’t interested? Maybe you’re becoming disenchanted with the people you’ve been meeting and dating. At PMM and Associates, we work with elite singles across Perth find their perfect matches. Get in touch today and let’s chat about your ideal partner!