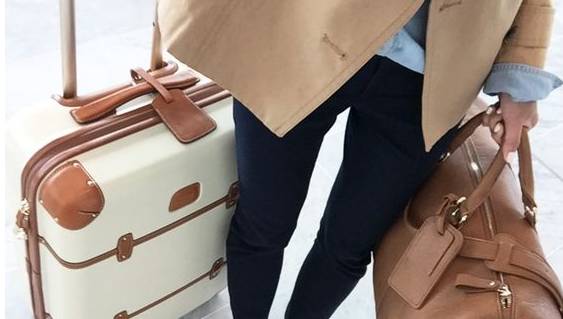 Is your perception of what baggage is, simply a protection of your previous experiences?
Last week in my blog about when to introduce children to a new partner, I mentioned that most parents wouldn’t refer to their children as baggage, but people who haven’t had children, may have the perception, or often have the perception, something from the past, which is now in the present, is baggage.  What they don’t realise, is baggage can be anything you have in your past, which you haven’t dealt with, which you’re bringing to the future, but the future hasn’t happened, the future is a fantasy.

If I got this dog when I was in a relationship and still had this dog when I went into a new relationship, would that mean that the dog is baggage?  I think not!  And I highly doubt that others would consider a dog baggage either. Therefore, why are we labelling children as baggage and saying that people who have children have baggage?

ARE YOU LIVING IN THE PAST, PRESENT OR FUTURE?

You could think, if you date someone who has kids and if in the future you want kids, then this could be a problem.  However, the problem is, you’re living in the future! The future, for everyone, is a fantasy because it hasn’t happened yet. You don’t know when you will die, so the future can’t and shouldn’t be considered too far ahead.
When you’re looking at someone’s past, it’s your perceptions, not their experiences. You have experiences that make you form an opinion and a judgement. For example, if a woman has dated ten men who have all had children from previous relationships and the woman has said, ‘I’ve been there, I’ve done that and it doesn’t work, it’s baggage.’ then this woman is allowing her judgement on others to run her life. How? To put it simply, anything we are judging, we perceive has either more positives to or negatives to, or anything you have a skewed perception on, is running your life.
There was an interesting comment made on one of my posts recently, where someone raised the question ‘Why would you want to date a woman with kids, and take on some other guys’ mistake?’ This was referring to the fact parents are no longer together and the children are labelled as ‘mistakes’. This raised some serious concern to me as it became evident the gentleman who made the comment, has more baggage than what he could possibly see. In this situation, the person who actually has the children is not the one with the baggage. Your previous experiences which are still allowing to you to make judgements based on others, is baggage.
Whenever you have an experience that you label bad, you hold onto the resentment and then bring it into the next relationship as baggage. Let’s not confuse these with misconceptions.

These things are all just labels, based on your judgements and experiences and by labelling other people, you can almost guarantee you have a charge against that person, based on your experiences which has now become, you guessed it, baggage!
There is a very easy way to get over your ex, let go of past hurts, resentments, infatuations, infidelity and live a more inspired life. Learning how to control your emotions so they don’t control you is the first step in having fulfilled relationships in all areas of your life.
Book your 15 minute Discovery Session now and discover how to love your past and embrace your future!
Click here to view my video blog
Until next week.